Behind the Lens: Paul Trevor

Behind the Lens: Paul Trevor 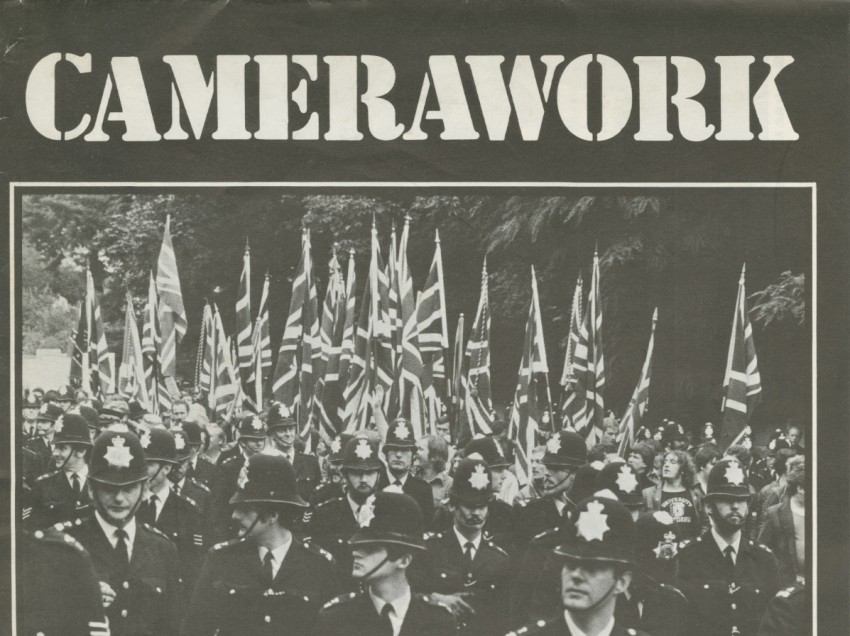 Behind the Lens 03. Paul Trevor

On the 13th of August, 1977, anti-fascist demonstrators clashed with members of the far-right National Front and the police in what became known as the ‘Battle of Lewisham’. Paul Trevor was present with his camera, as were many other photojournalists and members of Camerawork. The events of this day became the focus of the first special issue of the magazine.

We spoke to Paul about how this issue came about, and how this controversial subject allowed the magazine to extend its probing of mainstream media.

You were heavily involved with Camerawork magazine’s special issue on the Battle of Lewisham. Why was it decided that Camerawork should dedicate an issue to this event?

As I recall, prior to the event there was no firm plan to do anything - let alone a special issue - on the ‘Battle of Lewisham’ of 1977.  I went there to photograph for a project about Britain’s inner cities, published some years later as ‘Survival Programmes’. In 1977 I was a member of the HMPW (Half Moon Photography Workshop), whose activities included producing Camerawork magazine. A small group of volunteers would meet once a week in the evening to discuss ideas and prepare content. At one of these meetings I related my experience at Lewisham when the police charged at anti-racists who were blocking the route of the National Front march. At the height of this violent confrontation a woman - appealing for help - shouted at me in desperation “What are you taking pictures for?”

Good question, impossible to answer in a violent and chaotic melee.

We decided to devote a whole issue of Camerawork to that question and feature the different motivations of eight photographers who were there, through their words and images. We’d not attempted a special issue before. This was to be our eighth issue - we now felt sufficiently confident to have a go.

Producing the magazine was always a collective effort. However, Tom Picton’s exceptional role in the Lewisham issue must be acknowledged. Without his writing, tape recordings, contacts, enthusiasm and encouragement it’s unlikely Issue 8 would have enjoyed the impact and success that it did.

What do you think made the special issues of Camerawork, particularly the one on the Battle of Lewisham, so successful and popular with readers?

Our readers were photographers. Unlike them, the magazine was produced by photographers who had control of how their work was used - heady stuff! This was unheard of at the time. An unmistakable buzz of excitement surrounded each new issue. What’s this, photographers able to write? Doing layouts? Interviewing? Investigating? Challenging the status quo? This implied a groundbreaking level of self-respect that, I believe, was a large part of its popularity.

When I was involved with the magazine (1976-1980) no one was paid. Camerawork was a labour of love for all concerned. There was never a shortage of people who wanted to be part of it.

This issue positioned itself very much against mainstream media whilst emphasising a multi-perspectival account of the events of that day. Why did you feel it was important to speak about the intentions behind each photographer’s pictures, and bring to light the structures in which images were produced and circulated?

From the first issue onwards, Camerawork consistently offered a critique of photography’s key role in the ‘politics of representation’. Issue 8 took that a step further, providing a powerful practical demonstration of how photography, ideology and market values were linked. Issue 8 was a scathing condemnation of mainstream media values. It suggested racism was - and is - a structural question. The magazine itself was proof that different values produce different outcomes. What could be more revealing?